At last my album of guitar instrumentals Atlantic Canticles is now available to purchase online, either as a download or as a physical CD. I’ll post some links here later, but a google search on the title brings up a number of options, and it is on amazon.com (though not yet it seems on amazon.co.uk). For more details on the album click on the side-link. I hope you enjoy this music and I apologize for the long delay since I announced it back in January. 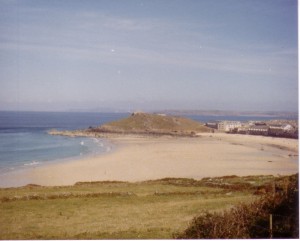 At last I’ve completed the recording and mixing of my album of guitar instrumentals Atlantic Canticles. It has 18 tracks, about 53 minutes of music. In part it is an exploration of altered tunings which I have often used in songs and were the topic of my book How To Write Songs In Altered Guitar Tunings which came out a couple of years ago. None of the tracks are in standard tuning. Many have additional instruments such as strings rather than being entirely solo guitar. I hope the album will be available for purchase online in a couple of weeks – however long it takes for the uploading / clearance process. There will be a separate page on the website which will have more info, including a set of short comments on the tracks.

In the meantime I have put two outtakes on Soundcloud. The links to these are:

Upon The Printless Sands

They’re free download mp3s. I hope you enjoy them. The album will be available as mp3 and lossless.

‘Eleanor of Acquifer’ is a sort of companion piece to one of the tracks on the album, ‘Eleanor of Acetylene’. ‘Upon The Printless Sands’ is a variation on another album track ‘Mr Peggotty’s Rag’. For any guitarists reading this I should say that it provides an example of how to get a different slant on a piece by making a small adjustment to the tuning. ‘Mr Peggotty’s Rag’ is in an open tuning in which I left a blue note – a b6 – which then contributed to the ragtime sound by being an open string that could ring dissonantly through the progression. To create ‘Upon The Printless Sands’ I tuned this one note up a semitone to the ‘normal’ sixth. This changed many of the chords from bluesy sevenths into smoother major sevenths. I then slowed the tempo to make it more relaxed and re-wrote several short sections. The title is an allusion to a famous speech by Prospero in The Tempest fused with memories of the beautiful beach of Porthmeor at St Ives in Cornwall pictured above.